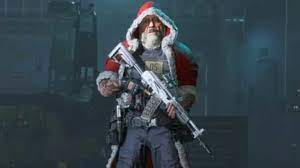 Two new skins were accidentally released to Battlefield 2042 on December 2, 2021. These sorts of errors can still leave fans excited about what’s next. This is what Battlefield fans felt in this instance. Again.

Many fans voiced concern about the quirky Christmas skins on the Battlefield Twitter pages. They feel DICE is trying to take BF2042 and more cartoonish and colourful games like Fortnite. Battlefield’s success is more rooted in its realistic nature. Online, there is a minor conflict between those who embrace the changes and those who want to keep true to Battlefield’s roots.

What happened, and what was the Battlefield Santa Skin?

Update #3 was released to Battlefield 2042 across all platforms on December 2, 2021. The new update, as we reported, fixed a few bugs and was also used to prepare for the latest Weekly Missions that will be coming to the game over the next few days. Some fans were able to see two new Mission rewards that are holiday-themed as a result.

Perhaps the most controversial skin of both is the Father Winter skin. The Santa-themed skin is a new fit for Pyotr Guskovsky. It makes Boris’ hair bushier and almost entirely whiter. He wears a long, red and white hooded coat. Webster Mackay was dressed in an Australian-style bush hat and a red flannel shirt. Some refer to the skin as “cowboy skin”, but it is known as Great Outdoors.

The Battlefield Direct Communication Twitter account states that the skins were created as possible holiday options and may not be used. The reason is that the development team must plan these things months and has “other priorities”.

A Twitter thread confirms that there will be new weapon skins, including an icy wrap. These will be part of the Mission rewards. These skins are criticized for being too different from Battlefield V’s gritty war style. No-Pats debated in the comments whether Santa skins and cosmetics should be included in BF2042.

Battlefield 2042 fans are not happy with the new direction.

Fans have voiced their disapproval about the new skins and the direction that Battlefield appears to be heading in. Some are happy about the new skins and welcome the less serious ones ahead of the holiday season. Others feel that Battlefield should keep its more realistic and severe war theme. Fortnite’s quirky cosmetics should be left alone. Both sides have a case, but it remains to be seen how DICE will respond. We will learn more about Father Winter once the Weekly Missions are added.

Are you a fan of Battlefield taking this artistic route? Are you a fan of the idea of earning more skins, or would you prefer to stick with what you know? Comment below to let us know your thoughts!.