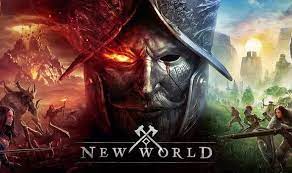 New World is gaining some reputation. The ever-expanding conglomerate Amazon makes a decent game. The state of its servers is even more important. The New World Servers have been, and this is putting it mildly, a little wobbly since launch. They have been inconsistent and generally a failure. Despite this, developers continue to work on it. It might be too late considering the drop-off in players.

New World went down as part of a maintenance upgrade. Maintenance was scheduled to take place at 6 AM PT/ 3 pm CET. If you are concerned about an issue, don’t be.

Three areas were targeted in this maintenance fix.

Many players still aren’t satisfied despite this. The game’s constant problems are exhausting. Many people gave up on the game because of too many problems. New World will be another example of the game industry if this trend continues. This is an example of how releasing unfinished games, regardless of the hype and buildup, is not a long-term marketing strategy.

We’d love to hear from you, New World players. The game’s numerous bugs and server issues. Are you OK with waiting or do they bother you? Are you happy with the game as it stands? Or do you feel that others’ complaints are unfair and unnecessary? Let us know what you think in the comments.