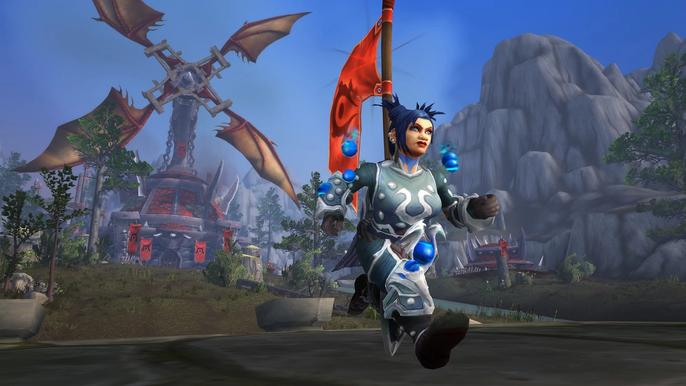 Eternity’s End will bring with it the third and last Season of Shadowlands. This will add three new trinkets into the PvP meta.

To fully benefit from the 2-set bonus, PvP players must purchase and upgrade these trinkets.

A new 2-set bonus is available in season 3. It is called Gladiator’s Distinction. This will give players more stamina and primary stat when they are in Arenas, Battlegrounds or War-Mode.

As always, the season 2 trinkets, including your classic stun removal medallion and stat proc trinkets, will see an increase in their item level.

These trinkets were data-mined by Wowhead using the Early PTR. They have not yet gone live, so be prepared for changes.

Cosmic Gladiator’s Devouring Malediction – Use: Drain up to 5528 from all nearby enemies within 3 sec. Then, unleash it in front of your 15 yd cone as healing absorption. (2) Cooldown

Cosmic Gladiator’s Eternal Aegis Use: Activate defences. They absorb 50% of any damage sustained up to 13746 and last for 1 minute. The entire cosmic damage has been absorbed. (2) Minute Cooldown

Cosmic Gladiator’s Resonator – Throw the cosmic resonanceator, which explodes after 4 seconds and deals9224 Cosmic Damage to all enemies. Each enemy that is struck increases damage by up to five enemies.

These trinkets are made with cosmic damage. This seems to be a growing trend in Zereth Mortis, and we may see more cosmic harm from other sources.

This announcement comes just after the announcement of Two new Shadowlands-themed arenas were. They will be available with patch 9.2, so there are many things to look forward to for PvP players.