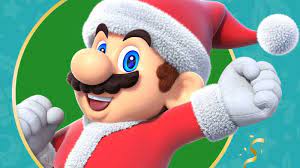 Another day, another leakage of a large title. Another article will be written about it, just in case. It is a world in which any Tom, Dick or Wario can tweet them exclusive information, and seconds later it is magically transferred to Reddit.

It is here. Internet sleuths are again digging, eager to find information on a project that isn’t confirmed but still possible. Imagine how cool it would be if it were!

First, it has come from one of the most infamous corners of the internet. We aren’t going to link it because it’s not family-friendly. However, the leak suggests concept art floating around for Super Mario Odyssey and that Luigi will be playable this time.

Even though this may not be absolute nonsense, it isn’t unreasonable to believe that Nintendo would have gone through a concept phase given the first game’s popularity.

Also, we are told that there will be 20 locations. This sounds pretty good.

The concept art might be, perhaps. As the authors suggest, itt seems highly unlikely that anyone would have access to an online survey on video gamet. The world is eager for a sequel. Therefore, the world will believe anything. I don’t believe it until we see more concrete proof. This image could have been made up by anyone, and it is as close to concrete proof as you can find.