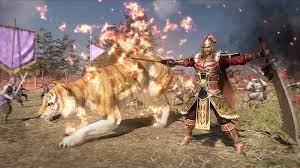 KOEI Tech Games has confirmed that the Dynasty Warrior 9 Empires’ launch date is February 15, 2022. The developers confirmed that a demo version of the game would be available before the official release date. This could indicate that a game demo will be available one month to one week before its launch in 2022. This will be an excellent opportunity to check out the localization efforts of the game before its western release.

The demo doesn’t give a complete view of the new combat systems and combat coming to the game. In a press release, the developers stated an expanded political system and rank positions available for players to achieve. The game’s characters will interact differently if you have one of these ranks. The game takes place in a historically accurate time. You can choose from different officer positions depending on how you play. The historical timeline events can be altered by players if desired. You can find a more detailed overview of the game on our overview page.

You can get the game’s demo sometime in February 2022 if you are interested. This should be enough to convince you to give it a try. The official website has more information about the game.