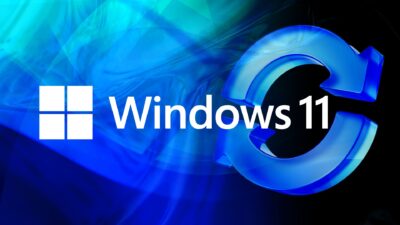 Microsoft had already released an optional Windows 11 upgrade in June. This update should, among other issues, resolve an installation problem. This update is often unsuccessful, according to user feedback. According to Neowin online magazine, this update KB5014668 (Build 22000.776) was released by Microsoft in June. It is available for Windows 11 Release Preview Channel users. Microsoft claims that the new build includes a variety of bug fixes and innovations. A number of errors could also be included in the list that could cause an operating system upgrade to fail. The change log states:

Notes from the release

An issue could have caused Windows 11 (original) to crash.

This build is part the Preview Releases for Patch Day. These changes should be available to all Windows 11 users next Tuesday, July 12. However, it appears that the update error cannot be corrected yet.

Microsoft is gathering feedback on the Release Preview channels builds. This feedback is quite clear now: The KB5014668 upgrade won’t install on certain PCs. This is a common problem as most user feedback in the Feedback Hub is negative. The problem is still being reported by many users in Microsoft Answers Forum. There was no solution to the problem until now. Many are still waiting for a fix from Microsoft.

We are waiting for a bug fix update

You will find a tip from Microsoft support in the forum. An internal update can resolve the issue.