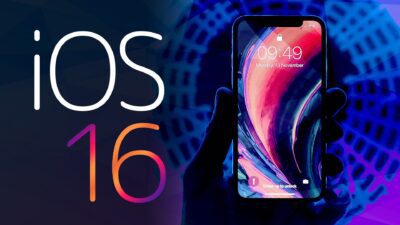 Apple has just released the third beta of iOS 16. Although registered developers are still able to access the preview of major iOS feature updates, this should change soon. Apple has released a lot of new features with the launch of the third beta round of iOS 16.

Many details are still not available, including the Developer Release notes that were missing at the time this article was published. We will update you with any additional information as soon as we have it. 20A5312g is the new developer build. The new round also includes updates to iPadOS 16, watchOS 9, and tvOS 16.

You will need to be patient for the beta phase. Apple stated at the WWDC developer conference, that the public beta testing phase would start in July. Although an exact date hasn’t been set, it is expected to be available soon. This is the perfect time to sign up in beta. iOS 16, iPadOS 16 WatchOS 9 & Co. – The latest innovations at a glance

How to join the beta programme

Participation in the beta program is free and requires a one-time registration for the program beta.apple.com/sp/en/betaprogram from a supported device. This applies to all beta versions Apple is currently testing. The update function will automatically update the Apple ID after users enter their Apple ID.

The device is automatically updated with the latest version. Registered developers can now download the beta version as an over-the air update. You must not test preliminary versions on your production system. iOS 16 will be available in the fall, with additional updates for iPadOS and macOS. Although there isn’t an exact date, updates are expected to arrive in September. Apple showed the new capabilities and features in iOS 16 at the WWDC developer event in June.