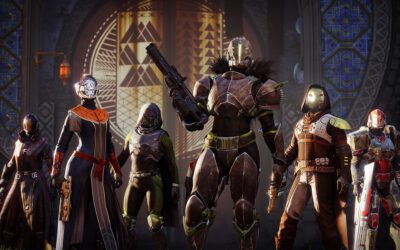 Bungie is also determined to fight against cheaters in its games. Even though the studio has had some wins, another lawsuit against AimJunkie’s seller will be difficult. The company asked PayPal for the personal information of those who purchased the software to assist in its defense.

Bungie Online games can often mean that you have to accept cheaters. Cheat software is available for almost every multiplayer game, so some are still a little surprised by this phenomenon. Cheats are everywhere, from Call of Duty to Pokemon Go. Developers often have no idea how to eliminate them.

The lawsuits are also counted. Bungie, the studio behind Destiny, chose this solution in all cases. Sometimes this works: Elite Boss Tech, a cheat software supplier, settled for a fine of $13.5 Million. But sometimes it is more difficult.

Bungie is attempting to recover players’ personal information to combat cheating
Bungie has been fighting a lawsuit against Aimjunkies since last summer. Aimjunkies is a well-known seller of cheat software. The latter won’t let it go, however, as its predecessor. Aimjunkies states that cheating is not illegal, and its software doesn’t violate any copyright laws. Sony recently acquired the studio, and justice appears to favor the software supplier.

Bungie still hasn’t spoken the final word. The studio pulled out a card from its wallet to pay for the unexpected: PayPal. The online payment service has been asked to provide information about customers who have purchased software through Aimjunkies. We find the names, e-mail addresses and phone numbers of the individuals concerned among these data.

Bungie claims that this data will assist the company in winning the lawsuit. This approach is too extreme for his opponent. Aimjunkies requested the court to limit this operation. He argued that the document’s personal data has nothing to do the ongoing process and thus, could endanger the privacy of the people involved.