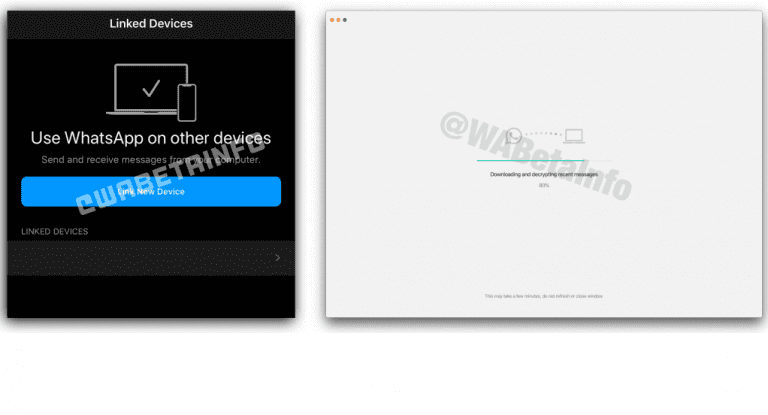 WhatsApp, a Facebook subsidiary, is working on a new function to simplify the transfer and history of chat between Android devices and iPhones. The smartphone move is possible without the use of third-party software thanks to the synchronization.

WhatsApp users are still facing the problem of data transfers when they want to transfer from an Apple iPhone to an Android phone. Both ecosystems have their own backup mechanisms in iCloud or Google Drive for messages, photos and voice messages. Software from third-party vendors must be used to make the changes. They are often less efficient than the ones in the “walled garden”. This could change soon.

Simple synchronization rather than a backup

Like the blog WABetaInfo which specializes on WhatsApp beta information, news, Facebook will be working on cross-device sync of the chat process. This feature should be available as soon as messenger allows for the use of an account on multiple independent devices. Although this function is not yet confirmed, you can see the first signs of it in the beta version WhatsApp for Google Android. The process for transferring WhatsApp backups should be well-known. According to the report, data transfers are automatically initiated when a new device is added to the WhatsApp account.

To be able handle large amounts of data, both the primary and target smartphones must be connected to the WLAN. Both devices can be used separately after downloading the chat history. All messages will be automatically synchronized in the future. Bloggers have not been able yet to reconstruct the function due the absence of beta versions Apple iOS. However, they assume that all messages between iOS, iPadOS and macOS will be transferred without any problems.