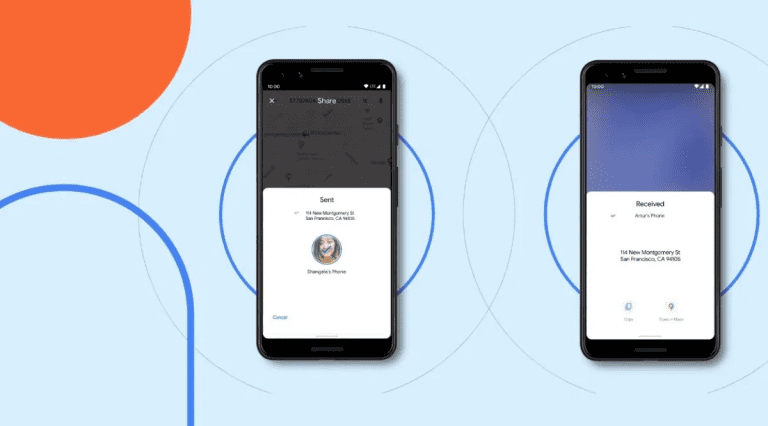 Google offers a feature for Android smartphones and Chromebooks called Nearby Share. This allows users to quickly share media files to other devices.

There had been rumors and tangible information for many months, followed by test runs. The Android 11 developer preview confirmed the ability to share files such as Apple’s AirDrop. Google has now made official its latest Android share function. Nearby Sharing uses Bluetooth to detect nearby devices and share media quickly. Google claims it is responding to the years-old Android community inquiries. Some smartphone manufacturers already have their own solutions such as Xiaomi and Samsung.

Only Google has the solution. Nearby Sharing is now available on Android smartphones starting with version 6. The new function will likely be made available via Google Play Services. The company announced that Nearby Sharing will automatically choose the transmission route. “The nearest share automatically chooses the best protocol to allow for fast and easy sharing via Bluetooth Low Energy, Bluetooth Low Energy or peer-to–peer WLAN. You can approve even when you’re offline. “

Nearby Sharing allows you to share files with people in your local area. You can also specify who can access this function. Nearby Share must know your contacts to be able to use them.

Nearby Share is compatible with other manufacturers’ devices, but it only works on Samsung and Google smartphones. Google will need to take time again for rollout. However, it has already begun in the last few hours. Google promises to connect Chromebooks so files can be quickly transferred between notebooks and smartphones. This connection will be available within the next few months. Google’s file manager offers a similar function for some time.