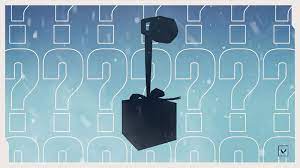 Riot Games announced that it would give away a Valorant Exquisitely wrapped Gun Buddy to players who log into. Riot Games’ new gun buddy is a Christmas gift that hangs from your weapon.

How to Get the Valorant Exquisitely Wrapped Gun Buddy

To get the Christmas present gun, you need to log in to the game. Riot Games hasn’t yet announced the date of the promotion, but we assume it will be free along with the Snowball fight event that runs until January 4.

Riot Games warns that the gun buddy might take some time to arrive in your inventory. Some players have reported that they received it within the last 80 minutes of the announcement. However, it will take some time for it to be delivered, as Europe is expected to see the highest player traffic in the next few hours and NA the same in the next 5-8hrs.

This is the Valorant’s new leaked gun buddy. Valorant leakers discovered it on December 7. The tweet below reveals the source of the leak.

Remember to use your new chime when you can jump into the festive Snowball fight mode.