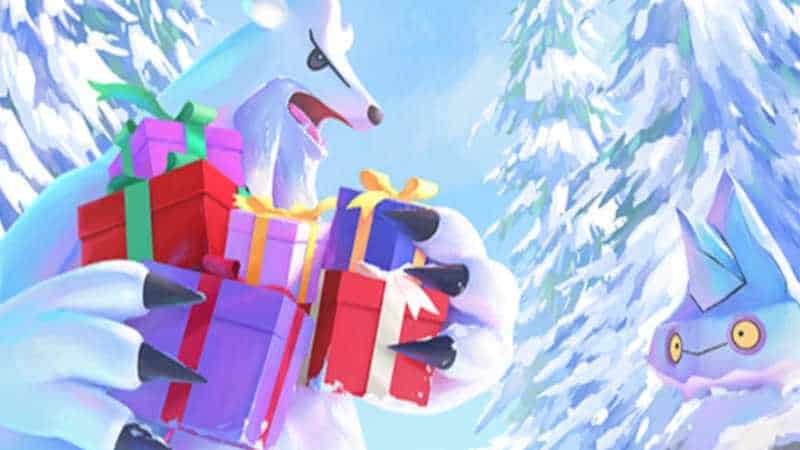 The Pokemon Go loading screens hint at the future. 2021’s Christmas loading screen features a Pokemon that isn’t currently in the game.

A new loading screen appears when you open the Pokemon Go App. It is ready for the Pokemon Go Holidays event in December 2021. The stunning artwork features a Pokemon that has never been seen before in the game. It also suggests that at least two Pokemon will soon be introduced to the game during the event.

This is more than a rumour. The Pokemon Go loading screens foretell future events. For example, the recent Season of Mischief is just one example. Hoopa was briefly added to the loading screen before the Mischief Pokemon announcement. We can assume that Bergmite and its evolved form Avalugg will be part of the Pokemon Go Holidays Event.

This adorable wintery loading screen shows a Beartic looming above, with his arms full of holiday gifts. He bestows them on smaller Pokemon like Swinub and Chespin. Bergmite, looking on from the rock’s top, is to the right. Although Bergmite isn’t yet available in Pokemon Go, we can assume that the Ice Chunk Pokemon will soon be available.

The Pokemon Go Holidays will start on December 16th and run through December 31st 2021. This is all we know at the moment about the event. It will most likely launch Bergmite or Avalugg. While there will be new avatar items, more costumes, and Field Research that is themed around the event, it’s not clear what these are.