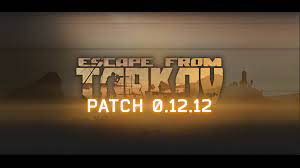 Today (12/12/12) Escape from Tarkov developers Battlestate Games announced the new patch notes update 12.12 which will be available to players today.

Developers also reminded fans that this patch will bring about a server wipe, which will reset your progress.

There are many changes in the 12.12 Update, including the addition of the Lighthouse location. However, this is only one. You’ll also find a variety of bug fixes and tweaks. Some are small and some make a significant impact on the overall economy of the game. It is recommended that players take the time to read through the patch notes.

Below are the most recent patch notes for Escape From Tarkov. They were released December 12.

These patch notes were posted by the developer to their official website.

Before they can proceed, players will need to install the update via the game launcher.

1. The Lighthouse location was added. The Cape Dalniy lighthouse was an important strategic landmark on the road to Tarkov. It was used as a base of operations and entry point by USEC units during Contract Wars. Scavs began to take a liking to the place after the conflict. The old owners returned and decided to return to Tarkov to establish their own order.

This is the first version of this location. The territory will expand in the future and will feature new Bosses.

2. The Lighthouse will have a new AI type, ex operatives from the USEC. Also known as Rogues, they are a group of ex-PMCs that used to work together. They are well-armed and well-trained, and they use coordinated combat tactics. Although they share similar interests as the Raiders, they have merged around a common military past.

Rogue USECs have seized control of the water treatment plant and are now firmly established there. Numerous fighters are stationed around the perimeter to protect the area. The guards use suppressive fire to stop the enemy from entering their territory if they detect an enemy in a fire area or suspect that there may be one.

These bots have become more lenient towards USEC PMC. They won’t open fire on a USEC player unless he attempts to enter their territory. If the player is caught too close to them, they will give an order for him to leave and if he doesn’t comply, he will be shot. If a USEC player is with a BEAR PMC they will both be considered hostile and attacked without warning.

A USEC player who engages in combat with the Rogues will be treated as hostile and considered a traitor for the next few raids.

3. Inertia was added to the game to allow for more realistic movement. These are some examples of where inertia can manifest itself:

4. Extend crouching, and lifting mechanics. The duration of these actions will depend on how much weight overload the character has. The amount of stamina used for getting up is dependent on how high the character stands.

5. Expanded the weapon mechanics malfunctions. Weapons can now be misfired.

New weapons with durability greater than 93% cannot have malfunctions, except for overheating.

Certain types of weapons are not able to have certain malfunctions because of their design or operation mechanism.

Characters who have the Elite level Troubleshooting skill can detect any type of malfunction immediately, and they don’t need to inspect the weapon.

After events or actions that are related to malfunctions (malfunction occurrences, determining the type, fixing a dysfunction), a colored notification is displayed and a sound signal played. You can disable these notifications and sounds in your game settings by unchecking “Malfunction notifications”.

6. The game now includes the Weapon Overheating and other effects.

After each shot, weapons heat up. The temperature of each shot will vary depending on the cartridge, barrel, and other heating-related elements (receivers muzzle devices, handguards etc.). ).

The weapon’s temperature is constant, and this is in contrast to heating. The barrel and other cooling elements (receivers muzzle devices, handguards etc.) also affect the cooling rate. ).

You can monitor the visual state of your barrel and muzzle devices to determine the degree of overheating. In ascending order, there are four stages to overheating. Each stage of heat can have new and more severe consequences.

This made it possible to get maximum correspondence with real-life data. The loss of any type of damage depending on distance and the impact of bullet velocity change on damage and penetration have been corrected. The drop in damage for 5.45×39 was approximately 20% at 150m distance. However, if the barrel is longer, which increases the velocity and damages, the penetrative capabilities and damage are also increased. It is important to understand that not all ammunition has data or are incomplete. These ammunitions will be modified as soon as the data is available.