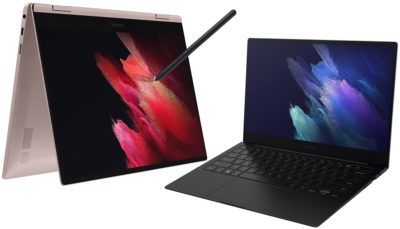 The Galaxy Book Go will be unveiled at the “Galaxy Unpacked”, April 28. However, Samsung’s official website in Ireland and the UK has already launched the support page for the phone. It has happened before, when the support page went live prior to the launch of the device. The February leak has led to the discovery that the key specs of the device could include a 14 inch FHD resolution display, Qualcomm Snapdragon7CX/8CX chipset and pre-installed Windows 10.

We saw last week the certification information for the NP345XLA model at the Wi-Fi Alliance (FCC) website. The same message was published on the official UK/Ireland website support page.

The NP345XLAA-EXP model may be similar to the Galaxy Book Go model, as disclosed by Wi-Fi Alliance. It could also include different memory and hard disks, or be tailored for a particular market.

WalkingCat also shared a tweet that showed that the Galaxy Book Go would be equipped with a Full HD resolution 14-inch display and an optional Qualcomm Snapdragon 7CX/8CX chipet.