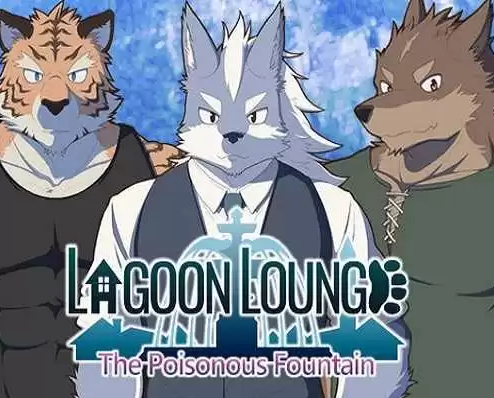 After suffering from a decline in health, the protagonist is a furry that quits his job to get better. His exhaustion leads to his friend taking him into a seaside village for recovery.

Recently, the village has been experiencing loud rumblings and mysterious earthquakes. This phenomenon is known as “The Giant of Harusu”. The main character and his friends will be working as a waiter in a restaurant due to the village being overrun by curious tourists. One of his friends warns the main character soon after he moves in. “Don’t walk near the fountain at the village’s plaza.” He’ll soon find out the extent of the threat.

Lagoon Lounge was originally called Himitsuri no Lagoon (in Japanese) and is the first game in a trilogy released in 2012. In 2014, it was officially translated into English. Although it was originally announced as a remaster, this version is actually a remake. There aren’t many differences besides an upgrade in visuals and engine, sound additions to music, and the addition Arashi. The only underage character was included in the scene, which is a nice touch.